Home General Lingayat Matrimonial Traditions That You Should Know About 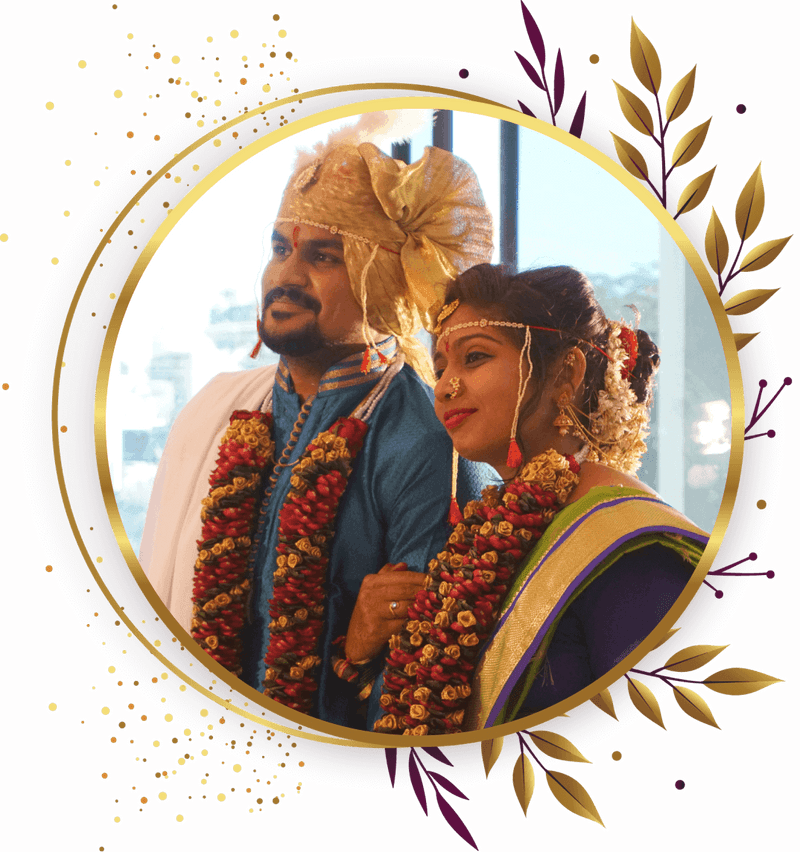 Weddings are always a magical event in an individual’s life. They are also a great occasion for everyone to participate and celebrate their culture. Because weddings are a collection of customs, happiness and a lot of traditions. Lingayat matrimonial has one such unique tradition that you need to know about.

Lingayats are a group of people who belong to the Hindu religion. They reside mostly in the southern state of Karnataka. Similar to most community weddings in India, Lingayat matrimonials are also decided based on horoscope matching. Once the horoscope of the bride and groom seems to be compatible, they will decide on their Lingayat matrimonial.

The bride’s family will give the groom the shirt and dhoti that he needs to wear on the wedding day. The groom’s family will give a traditional silk saree along with some gifts to the bride in a tamulam. Tamulam is nothing but a plate which they use to give gifts and wedding attire.

This pooja is to get the blessings of Lord Shiva for a successful Lingayat matrimonial. They will pour holy water into a Kalash which has coconut in its mouth. The coconut will be there with its tail facing upwards. They will also present the first wedding invitation to Lord Shiva seeking his blessings. This is also to request the presence of Lord Shiva during the wedding.

This is a fun-filled ceremony that is happening at most Indian weddings. During this Lingayat matrimonial tradition, the groom will make an act. He will act like leaving the wedding place to become a pilgrim. Then the bride’s uncle should convince the groom to marry her. After this fun-filled ceremony, there will be a feast for the guests.

Haldi and mehndi ceremonies are becoming a part of most Indian weddings. In the Haldi ceremony, the bride and groom will get smeared in the haldi paste. After this, they will get a holy bath. The Mehendi ceremony takes place before the wedding ceremony. During this ceremony, women from both families will gather to celebrate the occasion. They will make mehndi designs for the bride and everyone present there. Mehendi is having some medicinal properties and that is the reason behind this ceremony. With this ceremony, pre-wedding ceremonies will come to an end.

After the Var puja, the groom will reach the stage and wait for the bride. The bride’s uncle will then escort her to the stage. But there will be a white cloth between them which stops them from seeing each other. Then the priest will chant mantras and the clothes are removed. After this, they will exchange the garlands.

This Lingayat matrimonial ceremony is nothing but the kanyadaan ceremony. This is the ceremony where the bride’s father will give away her daughter. One of the most heart-touching ceremonies at every wedding. The groom has to make sure that he will take care of the bride.

The next Lingayat matrimonial ceremony is the saptapadi. In this ceremony, the bride and groom will go around the holy fire seven times. The bride’s saree is tied to the groom’s angavastram during this ceremony. The seven circles resemble the seven vows of a successful and healthy wedding. After the saptapadi, the groom will tie mangalsutra around the bride’s neck. He will do this with the help of five married women.

Vidaai is the first post-wedding ceremony in the Lingayat matrimonial. In this ceremony, the bride will bid farewell to her family and friends. The couple will start their journey to the groom’s family.

After reaching the groom’s house, his mother welcomes the couple with aarti. The bride has to kick a pot filled with rice while entering the house. This is considered to bring prosperity to the family. With this, the Lingayat matrimonial traditions comes to end.

How To View Saved Videos In TikTok?